Downton Abbey
(prepare to be hooked, if you aren’t already) 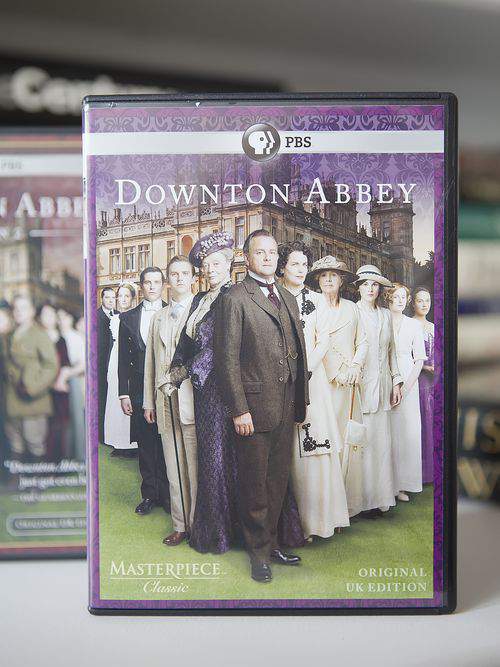 may be a bit late to the Downton Abbey party but now that I’m here, I understand why so many people have been raving about this British, PBS Masterpiece series.

If you haven’t already watched it, don’t worry no spoilers here.

Instead, I’ll walk you through the two main character groups, share how this hugely popular series has now influenced a new fashion line and I’ll also give you a list of other great series/movies that fall within the same genre.

I had been reading about this series for sometime but never bothered to look into it, until recently.

It wasn’t until I decided to purchase the companion book to the series at my local bookstore that I got talked into also buying season 1 & 2 on DVD. 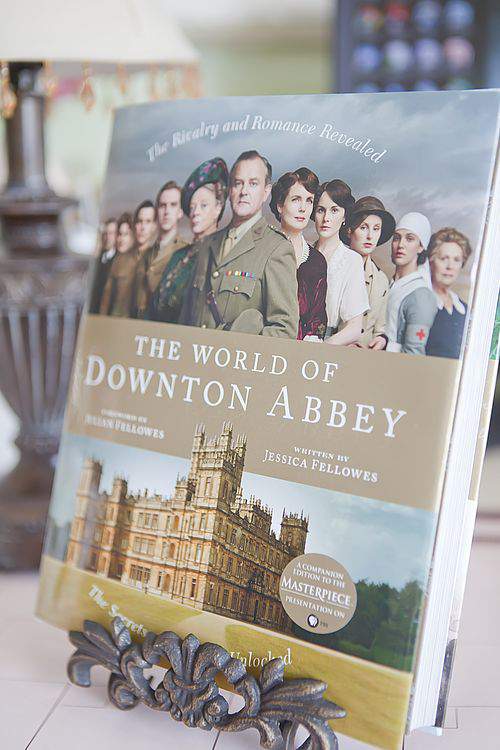 The companion book is filled with insight into the characters, the writing of the script, filming details, behind the scenes extras and costuming and design as well as a ton of wonderful photos.

If you have an interest in the history of this time period, this book is a colorful, introduction to the era in addition to being a fascinating closer look at the world of Downton Abbey. 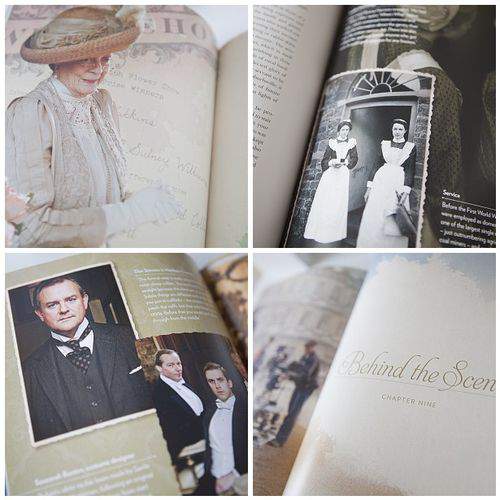 While standing at the register to purchase the book, the bookseller started raving about the series and stongly suggested that I not read the companion book (due to spoilers) until I had actually watched the series.  He promised, “you won’t be sorry“.

I took his word for it and needless to say, the bookseller was correct.

Downton Abbey focuses on the Crawley family whose lives and potential fortunes are suddenly changed with news that an heir to the Downton Estate has died aboard the ill-fated Titanic ocean liner.

Lord Crawley and his American-born wife Cora have three daughters who are all juggling complicated relationships, personal rebellions and questions about social evolution and the role of young women in the changing society before and after the first World War.

There’s also a juicy secret involving one of the daughters that if exposed, would not only be super scandalous but potentially catastrophic.  Nope, I won’t give it away. 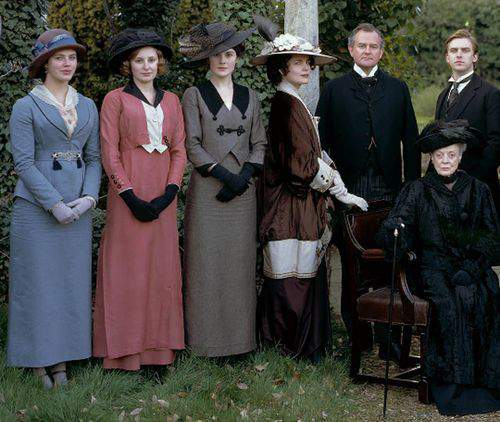 Just as integral to the series is the servant staff at Downton Abbey, who are charged with keeping the manor and Crawley family needs in tip-top shape.

While the role of the staff is total service to the Crawleys and the estate, there is as much romance, heartbreak, intrique and scheming among the ranks of the staff downstairs as there is with their employers upstairs.  The strict social heirarchy of the times is definitely on display.

I think the writers have done a great job with fleshing out all the characters making them interesting, relevant and even in some cases downright unlikable which still makes for good story-telling.

No doubt, that’s why the series works and has been so well-received by viewers. 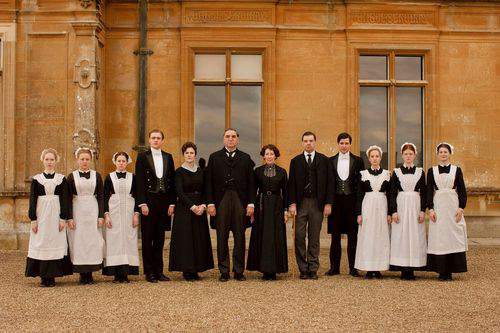 While researching information for this post, I discovered that there is some scuttle-butt about the DVD versions of Downton Abbey that are available for purchase.

This series originally aired in the UK and apparently some of the episodes may have undergone minor editing by PBS before before being presented to the American viewing audience.

If you’re like me, and you prefer all things original and unabridged, make sure your DVD version specifies that it’s the ORIGINAL UK EDITION. 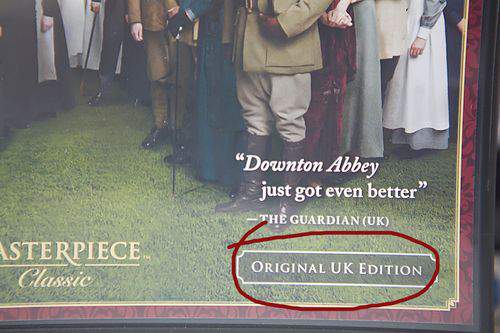 Meanwhile, is it any wonder that designers are jumping on the Downton Abbey bandwagon?

While the tweed overcoat and wool vest in the second photo are probably the only pieces I would personally wear, I still appreciate the styling of these ensembles and I love the fashionable interpretation. 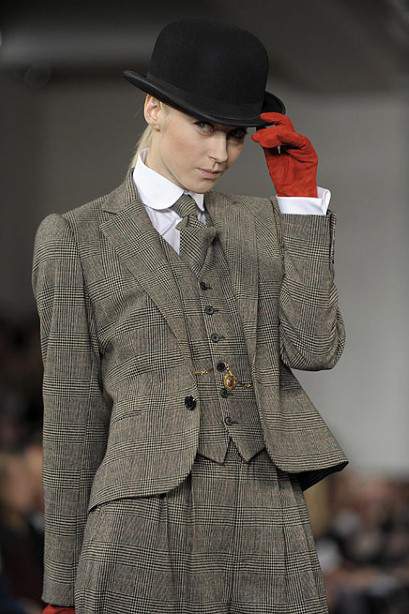 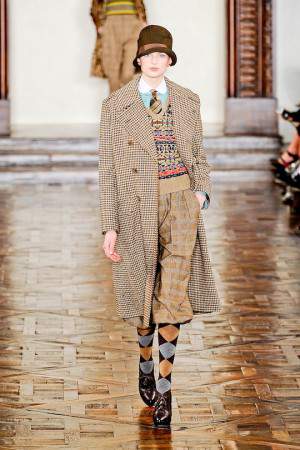 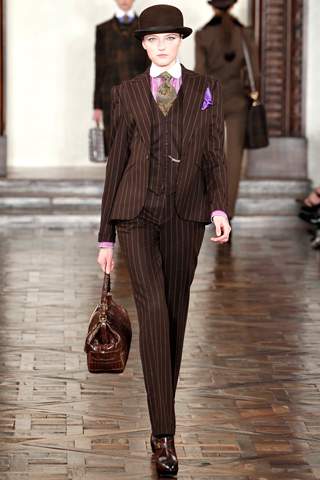 Season 3 of Downton Abbey won’t be shown in the United States until January 2013.

If you’re already hooked on the series, that’s a long time to wait for the return of a new season.

Clearly, even the actors (in a lighter, off-camera moment) realize that. 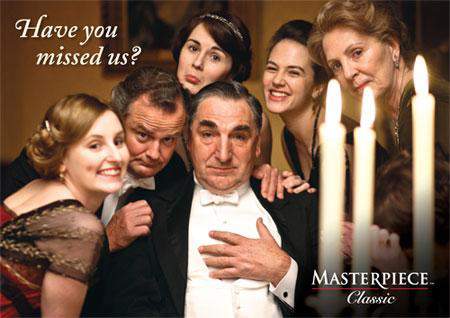 We’ll just have to wait.

However, if you fancy watching another new series written by Julian Fellows, the creator of Downton Abbey, you may want to mark your calender in April.  That’s when ABC will air the mini-series Titanic to mark the 100th anniversary of the sinking of the iconic ship.

By the way, there’s a good article about Julian Fellows, his Downtown Abbey series and his upcoming Titanic mini-series in the April 2012 issue of Town and Country magazine which is on newsstands now. 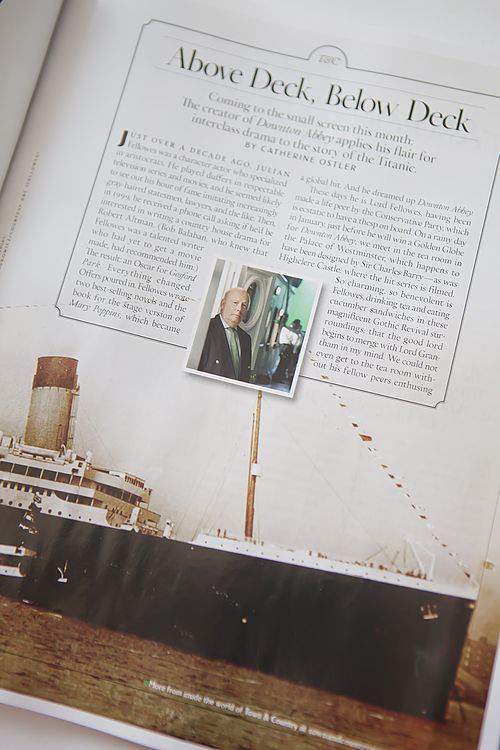 If you want even more to hold you until the new Downton Abbey season, here are a few other classic choices from the same genre.

I’ve provided a link for each one of these movies/series to the Internet Movie Data Base (IMBD) for detailed individual reviews, cast info and trivia. 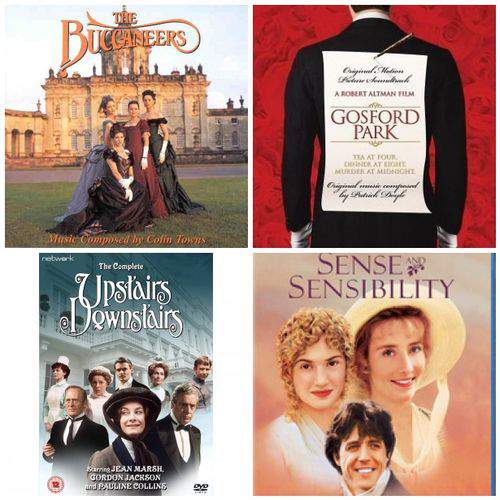 Even though I found a few of the developments in Downton Abbey a little predictable, the series is still wonderfully entertaining and I dare say a little addictive too.

The first night I began watching the episodes, I was glued to the screen until 3 AM.  Yes, I was bleary-eyed the next day, but it was worth it. 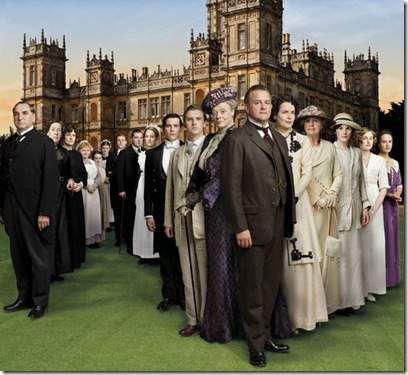 So, do you plan to watch Downton Abbey?  If you’ve already seen the series, what do you think?

I’ll see you back here with a new post next week.  Until then, ta-tah. ♥

You May Also Enjoy

Lifestyle & Seasonal, The Year in Review

Clipboard Style
(and a few changes around here)

S pring is in the air and with the change in season, you'll soon start to see a few changes around this...